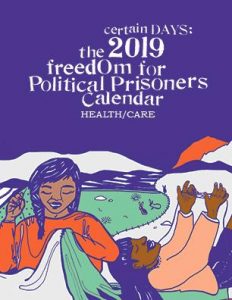 I’m proud to be part of creating this Certain Days: Freedom for Political Prisoners Calendar. Get your copy before they run out!

The Certain Days: Freedom for Political Prisoners Calendar is a joint fundraising and educational project between outside organizers in Montreal, Hamilton, New York and Baltimore, in partnership with a political prisoner being held in maximum-security prison in New York State, David Gilbert. Co-founders Robert Seth Hayes and Herman Bell were released from prison in 2018.

Your group can buy 10 or more for the rate of $10 each and then sell them for $15, keeping the difference for your organization. Many campaigns, infoshops and projects do this as a way of raising funds and spreading awareness about political prisoners.

The proceeds from Certain Days 2019 will be divided among these groups: Addameer Prisoner Support and Human Rights Association (Palestine), Release Aging People in Prison (RAPP) and other groups in need.

Back by popular demand, I’ve posted the archive of my old In the Wake website to inthewake.mcbay.ca. The site is a collection of interviews, analysis, and how-tos about peak oil, climate change, collapse, and... 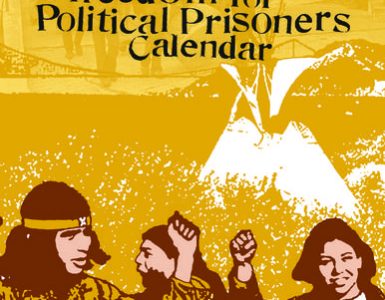