As a farmer, I think about this on our farm. For example, last year, we were able to expand our vegetable production despite extreme weather; this year we aim to improve our infrastructure, especially to make our farm more drought-resistant.

But we all eat, and so we should all be thinking about farming and about our food system. Why? In part because there just aren’t that many farmers any more.

According to OMAFRA, there are roughly 75,000 “farm operators” in Ontario. Since the province has a total population of 14 million, this means farmers now make up less than one percent of the population—in fact, closer to half a percent.

That’s not enough to fill one electoral riding, which makes can make it difficult for farmers to advocate for themselves in government. Right now, agrochemical companies like Monsanto or Cargill have more lobbying power in government than farmers themselves.

Clearly this is a problem if we want a fair and sustainable food system. Especially since the issue of diminishing farmer numbers—worsened by rising land prices and an aging farm population—is likely to get worse before it gets better.

One solution to this problem is that more young people should get involved in farming. And we’re seeing that, especially amongst ecological farmers. But this will take time.

There’s another answer, however, and that’s to build stronger collaboration between farmers and non-farmers who care about food and farm issues.

The Kingston area has been a national leader on this kind of collaboration. We’ve seen projects like the prison farm movement, Food Down the Road, and Loving Spoonful, all of which emerged from collaboration between farmers and eaters.

And in Ottawa, a coalition of eaters and farmers was recently able to protect the Central Experimental Farm, Canada’s hub for publicly-funded agricultural research, from a development project.

The common thread of those successes in both Kingston and Ottawa was the National Farmers Union (NFU), which has been advocating for a just and sustainable food system in Canada for close to fifty years. The NFU also includes more and more associate members: eaters who care deeply about food and farm issues.

If you’re one of those people, then you’ll be happy to know that National Farmers Union is reaching out to new members in our area (Kingston, Frontenac, and Lennox & Addington). And that new members who sign up by March 1st will be entered into a draw to win a gift certificate or gift basket from local food businesses including Wendy’s Mobile Market, Old Farm Fine Foods, and the Common Market.

“Every time a food or farm topic is raised in the Kingston area, people show their support for a just and sustainable food system,” says Dianne Dowling, president of NFU Local 316 (KFL&A). “As a farmer, I greatly appreciate that support and involvement.  I invite people who are interested in food and farm issues to join the NFU as a farmer member, or as an associate member.”

She adds: “One way to meet NFU members and learn more about the NFU is to come to our annual winter fun day on Sunday, January 22.”  Go to nfulocal316.ca for more information about the fun day and other Local 316 activities, or call Dianne at 613-546-0869.

You can sign up for a membership in person or online at store.nfuontario.ca.

Farmers and non-farmers working together have accomplished great things in the past, including winning Medicare and much of Canada’s social safety net. Our food system has big challenges ahead, but if farmers and eaters work together, we can tackle them. 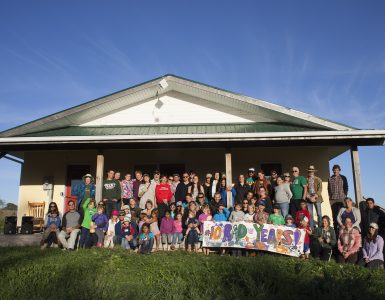 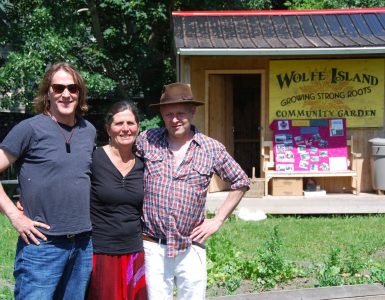 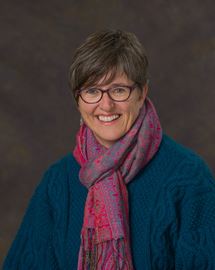