A genetically modified version of alfalfa is being sold and planted in Ontario fields this spring, and its effects could be wide-spread, pernicious, and impossible to reverse.

Alfalfa, for those of you who don’t farm, is a popular “perennial forage crop” that you’ve seen countless times even if you don’t recognize it. It looks a bit like clover (it’s related to peas) but it has narrower leaves and clusters of purple flowers. The fact that it’s a perennial—it lives for many years—is important, but we’ll come back to that. That it’s a forage means it’s eaten by livestock, especially cows, either on pasture or in preserved forms like hay or feed pellets. Alfalfa is a nutritious animal feed, adds nitrogen to the soil while it grows and improves soil health and texture by adding organic matter.

It’s also an important food source for bees, but we’ll come back to that, too.

But the effect may ultimately be the opposite. While Roundup Ready crops are relatively new, in many places they’ve already become weeds. If you grow Roundup Ready soybeans in a field one year, and corn the next, leftover soybean seeds can act as herbicide resistant weeds.

Further, genetically modified traits aren’t limited to the crops they are put into. The domesticated crops we depend on have wild ancestors and wild relatives with whom they exchange genes. As herbicide-resistant genes move into feral plants, farmers will have to spray more herbicide—not less—to kill these new weeds.

Not that Monsanto would mind if farmers had to buy more of their product.

This is also where the bees come in. Bees are amazingly effective pollinators. Despite their size, they can move pollen many kilometers. Under normal circumstances that is a miracle of nature, but in this case it could be a catastrophe. Because bees pollinate alfalfa, there is no way to isolate a genetically modified alfalfa crop. There is nowhere you can put GM alfalfa—aside, perhaps, from some remote offshore island—where bees cannot carry the genes to an unmodified alfalfa flower.

For this reason, the President of the National Farmers Union, Jan Slomp, warned in the strongest terms against the release of GM alfalfa: “This would be a disaster for farmers because, once it has been planted, there would be no way to stop the GM trait from spreading to organic and conventional farms and crops. There are many domestic and export markets that completely reject alfalfa seeds, hay or pellets with any GM content.”

Many organic dairy farms like ours depend on alfalfa. It’s a key species in our pasture and hayfields, along with other perennials like clover and various grasses. It supports honeybees and wild bees. It feeds our animals, and it feeds the soil by adding nitrogen.

And because it’s a perennial, it’s reliable. Its deep root systems make it resistant to drought and the challenging weather that climate change is already bringing.

But again, the GM trait has turned those very qualities against us. Unlike annual crops—which are mostly finished after a single year if not replanted—the genes in perennials like alfalfa will persist forever. Once released, there is no way to contain it.

How this will ultimately affect organic farmers and our certification is unclear, but it won’t be good. Conventional farmers and the land itself may ultimately suffer from a crop that will mean more herbicide-resistant weeds and more pesticides sprayed.

Fortunately, there seems to be a critical mass growing against GM alfalfa in Canada. A letter sent on April 20 to federal Minister of Agriculture and Agri-Food, Lawrence MacAulay asking him “to take immediate action to stop any further release” of GM alfalfa was signed 133 different farms and farm groups, including the National Farmers Union and Quebec’s Union des Producteurs Agricoles. Thousands and individuals also sent their own letters. A Twitter storm last week saw thousands of tweets on the subject in one hour, and a change.org petition to the Ag Minister has just shy of 50,000 signatories as of writing.

If you do want to stop the release of GM alfalfa, it’s not too late, and many organizations are working hard to pressure the government to keep GM alfalfa out of Ontario and Canada. The Canadian Biotechnology Action Network has information on what you can do at their website, www.cban.ca. 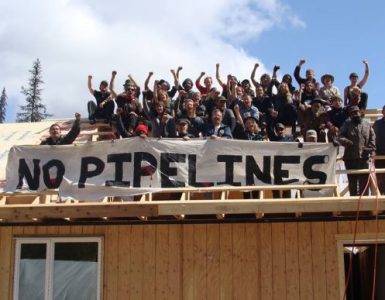 Once again, the year comes to end with temperature records; 2016 was the warmest year in history, by disturbingly large margin. I’ve written here before about the extreme weather we experienced on the farm, from record... 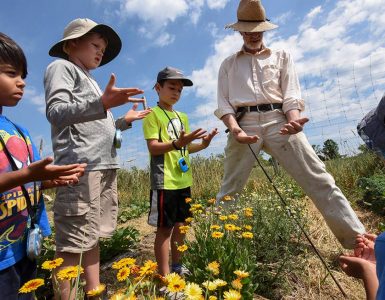